Envisioning spaces that create connections between people and place underpins effective placemaking.
Australia’s foundational Aboriginal narrative offers an original frame of thinking for such placemaking, but has largely been missing from our public spaces.

Aboriginal narrative offers an original frame of thinking for such placemaking, but has largely been missing from our public spaces. It comes from a different worldview that is layered, complex and holistic. Aboriginal society, sustainability and way of connecting with Country are a distinctive and rich founding narrative for all of us as Australians. Australian architects and planners are largely lagging in drawing from this story. 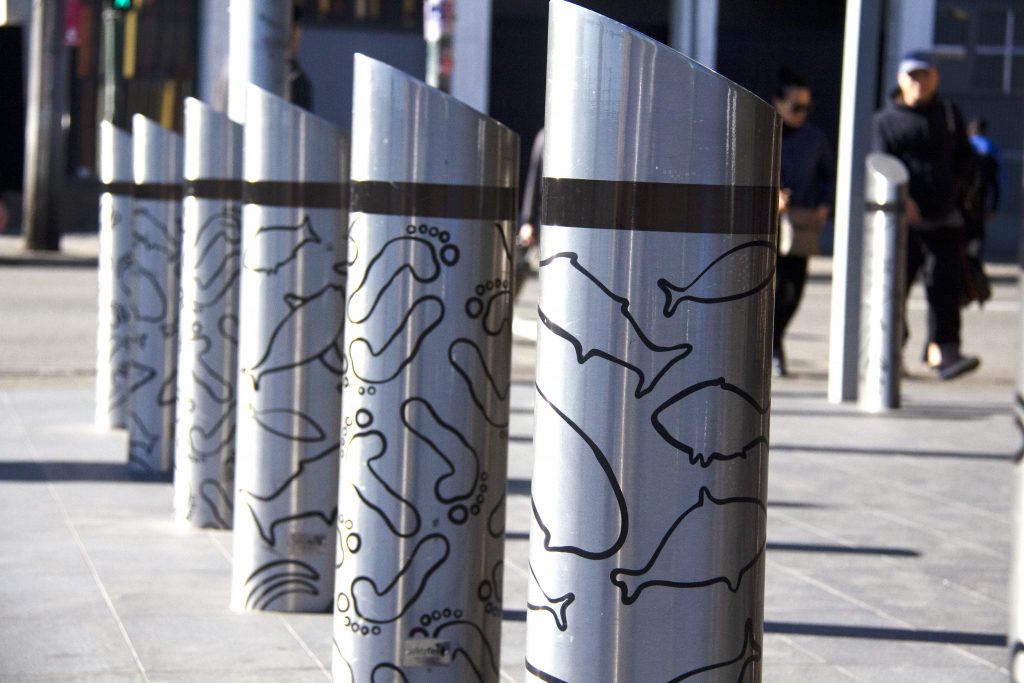 Co-designed Gadigal stories and culture reflected in the design of the Redfern Station redevelopment, Sydney

There is much for everyone to learn from the deep, interconnected relationship Aboriginal people have with the physical and spiritual elements of Country. It is about belonging, where language, culture, knowledge, Dreaming, Law, and Ceremony are interdependent and one with Country. Adjunct Professor and Kulin and Gumbaynggirr woman, Margo Neale, Principal Indigenous Advisor to the Director at the National Museum of Australia, says in her acclaimed book Songlines: The Power and Promise, Everything starts and ends with Country in the Aboriginal worldview. Yet there are no endings in this worldview, nor are there any beginnings. Time and Place are infinite and everywhere. Everything is part of a continuum, an endless flow of life and ideas emanating from Country, which some refer to as the Dreaming. In the Dreaming, as in Country, there is no separation between the animate and the inanimate. Everything is living – people, animals, plants, earth, water and air. We speak of Sea, Land and Sky Country. Creator ancestors created the Country and its interface, the Dreaming. In turn, Dreaming speaks for Country which holds the law and knowledge. Country has Dreaming. Country is Dreaming. It is this oneness of all things that explains how and why Aboriginal knowledges belong to an integrated system of learning.”   This worldview can be interpreted for placemaking and urban design to create meaningful, authentic and restorative spaces that celebrate a truly Australian identity that embraces its rich 60,000+ year-old Aboriginal heritage. It offers respite and mindfulness in the present moment. These principles are central in Aboriginal culture and have been for millennia.However, it is uncommon to see this reflected in built form. It is still far more usual to see Aboriginal elements as art installations or in native-plantings in landscape design. There are very few architectural examples that have been deeply informed by the Aboriginal worldview, as it has rarely been considered relevant or important for contemporary urban developments.

The Aboriginal protocol of collective obligations to care for Country in proximity to adjacent cultural boundaries fits agglomeration’s central premise of cooperation. Urban thinking shaped by Country is a cultural driver of biophilic design. These are ancient ways of being that focus a new lens on resilience planning.

This knowledge cannot be taken in theoretically or without collaboration, deep engagement, and co-design with locally connected Aboriginal stakeholders. Aboriginal and Torres Strait Islander people rightly expect an evolution away from typical approaches to integrating Aboriginal culture and knowledge into built projects. Like the ‘shallow’ solution of installing Aboriginal artwork that is unrelated to a place in a completed project or the ‘exploratory’ approach (still the most common on public projects) of “show us your stories and images, and we’ll bring you what we’ve done for approval”.

Instead, we need to move more consistently to a co-design methodology that is based on deep engagement with Indigenous stakeholders and community-endorsed creative practitioners local to place. Then we can activate authentic voice to draw out knowledge, protocols, history, culture and the contemporary stories of Aboriginal communities, for co-designed interpretation from the beginning to the end of projects.

As a nation we’ve only just started to realise the richness and beauty of Aboriginal culture. It’s early days in seeing Aboriginal stories in public view. We have hardly touched the tip of the iceberg. The question is, which developers, urban planners and architects – and their clients – are ready to embrace this vanguard moment of transformational urban design thinking in Australia?

New articles in your inbox

Be notified in your email when there are new articles on the website.